Welcome to the first issue of Upping the Anti. We have been working on bringing you this issue since September of 2004. We have been torn between the desire to get something out according to our original timeline (February of 2005) in order to establish the journal as a timely and viable project, and our wish to produce the most politically relevant publication that we can. In this, our first issue of the journal, we feel that we have done our best to strike an appropriate balance between these two objectives. So here is Upping the Anti, our first effort in an ongoing project of trying to engage with and understand the political conjuncture facing radical activists in the Canadian state today.

In every issue of the journal, we begin with an editorial in which we try to work out a collective perspective on pressing issues of the day. In this, our first editorial, we outline the impetus for the project, and reflect upon the strengths and limitations of such concepts as anti-capitalism, anti-oppression, and anti-imperialism in building new radical movements in Canada and internationally.

We are very pleased to bring you two important interviews that we think will have relevance for activists seeking to understand past, present and future struggles. Grace Lee Boggs is a social justice activist who for the past six decades has combined tireless community organizing with a long term commitment to reassessing and renewing radical ideas. She has worked with political figures such as Malcolm X, Kwame Nkrumah, CLR James, and Jimmy Boggs, as well as taking part in the civil rights and Black liberation movements. Our second interview is with Ward Churchill, an indigenous scholar and activist who is today the subject of a serious attack on academic freedom by neo-conservative forces in the United States. Churchill has tirelessly chronicled state repression and genocide in the Americas and brings an important perspective for people thinking about radical social change. We bring you an interview we did with him two years ago in which he speaks about the anti-globalization movement and the potential for effective resistance to the war at home and abroad.

In the first of three essays in this issue of the journal, Gary Kinsman provides an introduction to autonomist Marxism and outlines how this current provides useful political tools for understanding and conceptualizing strategies of revolutionary change based on working class self-emancipation. In our next essay, Chris Hurl chronicles the development of the radical anti-capitalist wing of the anti-globalization movement and critically examines the concept of “diversity of tactics” as an approach to organizing. Finally, we reprint an essay by socialist feminist Selma James, written some 30 years ago, that remains an important contribution to discussions taking place today around the intersections of race, gender and class.

This issue also launches the first of a series of roundtable discussions with activists on specific issues of concern to radical movements. Sharmeen Khan brings together Gary Kinsman, Kirat Kaur, and Junie Désil to discuss the politics of “anti-oppression,” while Aidan Conway draws together a series of interviews on the “organizational question” with Robbie Mahood, Indu Vashist, and Jeff Shantz who offer reflections from different Marxist and anarchist communist perspectives. In our next issue we look forward to bringing you other similar discussion forums looking at anti-war organizing, Palestinian solidarity activism, and advocacy and activism in defense of immigrants and refugees.

We close with reviews of two important books, Judith Butler’s Undoing Gender, and Michael Hardt’s and Antonio Negri’s Multitude. Undoing Gender is an important political contribution to debates and discussions taking place within the feminist and transgender movements, while Multitude is Hardt and Negri’s follow up to their influential and controversial book Empire.

We should stress that our approach to the project has not been to produce any kind of “party line” on the questions facing radical activists today. Instead, we see Upping the Anti as a space to discuss ideas currently being expressed and elaborated in contemporary social movements. In particular we want to explore what we see as emancipatory Marxist and anarchist contributions firmly grounded in feminist and anti-racist politics. In so doing, we are aware that a wide range of contrasting and even contradictory political ideas and approaches will be put forward in the pages of this journal. For example, in our interviews with Ward Churchill and Grace Lee Boggs, it is clear that there are a wide range of political questions upon which these two activists are divided, and we have our own disagreements with some of their perspectives. We do not share Grace’s enthusiasm for the potential of a revitalized wing of the Democratic Party in the US under the leadership of Dennis Kucinich, and we are skeptical of a number of Ward’s formulations regarding the nature of the revolutionary project in North America. However, we offer these divergent political opinions in the spirit of opening up principled discussion and debate on the radical left. We encourage you to write us letters, polemics and articles engaging with points of view that you find provocative, and to make a contribution to these debates. Our goal is to create a lively and non-sectarian forum for debate and a tool that can be appropriated and effectively used by those interested in rethinking how we organize and build effective radical movements for social change.

In closing, we would like to thank all the members of our advisory board who have assisted us in the production of this first issue of the journal. We look forward to producing our next issue for Fall 2005 (the final deadline for submissions to the next issue is July 1, 2005). 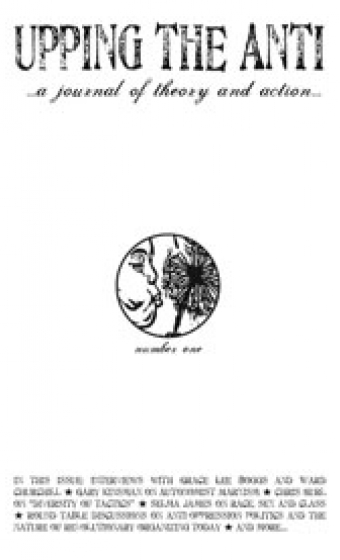