Ten Thousand Roses: The Making of a Feminist Revolution is Judy Rebick’s attempt to provide a historical account of the second wave of the mainstream feminist movement in Canada. Rebick, herself an active participant in the latter part of this movement and a well known feminist today, is arguably well placed to take on the project of documenting a history that is in danger of being lost, and that is often subsumed within the history of the US feminist movement. In fact, as is revealed throughout the book, the Canadian feminist movement was unique in terms of the issues that mobilized women, the struggles and challenges faced, and the victories that were won.

The distinctiveness of the Canadian women’s movement from the often talked about US feminist movement was not the only factor that prompted Rebick to write this book. The deaths of Kay MacPherson and Rosemary Brown, two groundbreaking feminists, brought home to Rebick the urgency of documenting a history that is now decades old, and at risk of being forgotten or erased. Most assessments so far have focused on the specific gains and losses as well as statistical changes to women’s positions in society. Rebick puts forward a nuts and bolts account of how these changes happened, and brings alive the sometimes painful, sometimes thrilling, always passionate successes and lessons learnt during those times.

Ten Thousand Roses is structured chronologically along the latest four decades of intense feminist activity in Canada, from the 1960s through to the 1990s, with an epilogue that looks to the future of feminist organizing in Canada and indeed, throughout the world. For each decade, Rebick begins by contextualizing the movement within the broader social, political and economic climate of the time, looking particularly at the North American context. She also includes brief references to other social justice movements of the time (such as the anti-Vietnam war movement in the 1960s and 70s) and how feminism interacted with them. Each chapter focuses on a specific sector (such as the Quebec women’s movement or Aboriginal women’s struggles), issue (such as male violence against women or childcare) or mass action (such as the Abortion Caravan).

The narrative is brought to life through over a hundred interviews with leading feminists engaged in struggle around these issues and within these sectors. Rebick herself only enters the chapters as a narrator with an introductory synopsis. In this way, Ten Thousand Roses is predominantly an oral history told from a multitude of perspectives. This is useful in some ways because reading first hand accounts from women in leadership positions provides insight into the ideas and analysis which grounded their practice, and also gives the reader a sense of the momentum and vibrancy of the movement. Rebick looks at women leaders from the national level to the grassroots; however, I felt that the nationalist framework of the book meant that more focus was put on looking broadly at how the movement unfolded across the country (albeit with specific provincial and municipal examples thrown in) rather than focusing on the movement from the ground up.

The book begins in the 1960s, where the birth of the second wave of the women’s movement began with three streams of feminism: Voice of Women (VOW) peace activists who spoke out against the Vietnam war, the Cold war hysteria and the threat of nuclear war; young radical women who were heavily involved in student and anti-war radical organizing as well as organizing around women’s health and sexuality and against mainstream (and patriarchal) notions of beauty; and middle class mothers and career women.

The 1970s saw a major growth in lesbian women’s organizing, resistance to male violence against women, and working class feminist organizing within trade unions. The tension in the women’s movement grew stronger in the 1970s between reformists and revolutionaries, and between socialist feminists, who believed women’s liberation could never be achieved without an end to capitalism, and radical feminists who believed in fighting against patriarchy first and foremost. While these tensions were sometimes overcome and women were able to unite in organizing for childcare, for instance, there were times when issues were irresolvable. Splits occurred, for example, in planning the first International Women’s Day action in English Canada in 1978, when radical feminists banned men from participating in an IWD march and organized a separate women only event the night before IWD.

In the 1980s, women took courageous actions to defend their right to choice, women of colour and disabled women began to make their own claims on the women’s movement, and NAC made its debut on the stage of federal politics. Rebick takes us through the backlash against feminism that occurred in the 1990s and the monumental moment when the only national women’s organization in Canada had its first woman of colour president, Sunera Thobani, in its 20 years of existence.

As I made my way through the book, the way the momentum of the women’s movement was shifting came out quite clearly to me. The 1960s and 1970s were full of grassroots organizing efforts and mass mobilizations, women taking to the streets in huge numbers and engaging in direct action for their liberation. By the 1980s and 1990s, though, more emphasis was placed on lobbying the government, feminist organizing became bureaucratized and tied precariously to government funding and women were, for the most part, not mobilized for change.

In general, Ten Thousand Roses is a useful and informative account of the mainstream women’s movement in Canada. Gains are celebrated and some important criticisms of the organizing that happened within the movement are revealed in the book. However, it should be taken for what it is: an account of a movement of mostly white, mostly able bodied women. It does not include women’s organizing that took place within immigrant, Aboriginal and people of colour communities and often in a mixed gender setting, such as in the Canadian Farmworkers Union. Just because the women’s movement in Canada was more friendly towards socialist politics and slightly more open to being challenged on the grounds of race and ability than the American women’s movement is no cause for celebration in itself. (Interestingly, the two categories of ‘women of colour’ and ‘disabled women’ never conflate in the book.)

In fact, there are moments in the book when Rebick makes some dangerously grand claims, such as that Canada had, for a time, “the most multiracial women’s movement in the world.” The back cover even says that “these stories define the Canadian women’s movement as one of the most successful on the planet.” As someone who identifies herself as a socialist feminist, I would have hoped that Rebick would have done a better job in situating Canada in the international imperialist context. Women’s movements in the global South have often been strongly linked to national liberation movements, and women’s movements throughout the world have always been unique to their social, political and economic landscape.

Moreover, Rebick’s claim to superiority of the multiracial nature of the women’s movement in Canada is worrying because it provides a tool for white women in Canada today to be complacent in fighting racism within themselves and in their communities. Rebick (and others) seems to have missed the point: anti-racism cannot just be about a politics of representation, of having more women of colour involved in the women’s movement. Anti-racism involves, rather, a fundamental shift in what we consider “women’s issues” and what kinds of organizing we consider to be part of the women’s movement; it involves interrogating the notion of “sisterhood”; examining our own privileges, and much much more.

In sum, Ten Thousand Roses is a worthwhile read for anyone interested in fighting patriarchy, and particularly for budding young feminists interested in the history of the mainstream women’s movement in Canada. Despite its shortcomings, the women’s movement can provide us with much inspiration for the continued struggle for women’s liberation and for social justice in all our communities. 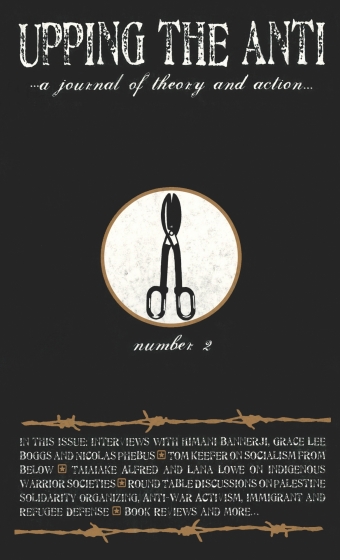