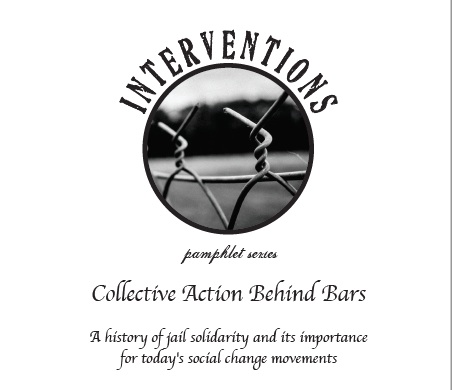 With both national conventions just weeks away in the US, Upping the Anti is proud to pre-release an important article on the question of jail solidarity in radical social movements. Produced as a pamphlet, this article gives both an historical overview and contemporary analysis of jail solidarity in the US. Hermes surveys how jail solidary has been used across diverse movements such as the IWW, the civil rights movement, the anti-nuclear movement and in global justice protests.

About the author:
Kris Hermes is a Bay Area-based activist who has worked for nearly 30 years on social justice issues. The events surrounding the 2000 RNC protests led to his years-long involvement with R2K Legal. Since 2000, Hermes has been an active, award-winning legal worker-member of the National Lawyers Guild and has been part of numerous law collectives and legal support efforts. Last August, PM Press published Hermes’ book Crashing the Party: Legacies and Lessons from the RNC 2000, which centres on the development of repressive policing policies and how activists worked collectively to overcome that repression.

Interventions is a pamphlet produced by Upping the Anti to offer free, pre-released articles for activists. We are pre-releasing this article in order to generate discussion and strategy for activists engaged in organizing against the upcoming US national conventions. We encourage activists to print and distribute as they see fit.

There are two PDFs - one that can be read on your screen reader and another that can be printed in a pamphlet form.

This article will also be printed in Upping the Anti issue 18 - published in July 2016.